Recent research has now proven that Alfold Football Club was formed in 1920-21 season.

Alfold FC were found playing in the original formation of the Rudgwick & District League in 1920 -21 season, although the first league table listed is for the following season 1921-22. But in these early days you will see us playing under a joint name of Loxwood and Alfold.

This remained until 1928 when the two villages split and the rivalry began. Loxwood remained in the rudgwick League, and Alfold joined the recently formed Cranleigh and district league.

Although not the most successful time for the club they did reach two consecutive cup finals in 1932 and 1933 losing both to Shamley Green and Cranleigh respectively.

Majority of my original information between 1928 and 1937 has come from Mr Percy Waterman who for what I can find is the last living member of the Club from this generation. Born in 1917 he lived opposite one of the old pitches just of Green lane in Alfold and can remember watching on many occasions. He made his debut in the 1933 season at the age of 16, keeping goal in the cup final losing 1 – 0 to Cranleigh. Percy although now 91 has quite a fantastic memory for these years although could not remember too much from around 1938 – 1939 and he wondered if the league had folded just before the war.

In 1947 – 1948 Alfold had two sides in the Horsham Football League. We beleive the Club has had at least 6 different home grounds over the 88 years.

History shows that probably our most famous player would be Laurie Abrahams who scored 101 goals in a single season and scoring 6 in a cup final against Langley with the club winning 6 – 1. Laurie went on to play for Barnett, and Charlton before ending his career in North America playing for the New England Teasman, where he is current placed in the North American Football League Hall of Fame, as one of there Top ten goal scorers of all time.

In the early 1950’s Alfold became the team to beat, winning many trophies along the way. In 1953 – 1954 they completed a remarkable treble winning the League, League Cup, and the District Cup. 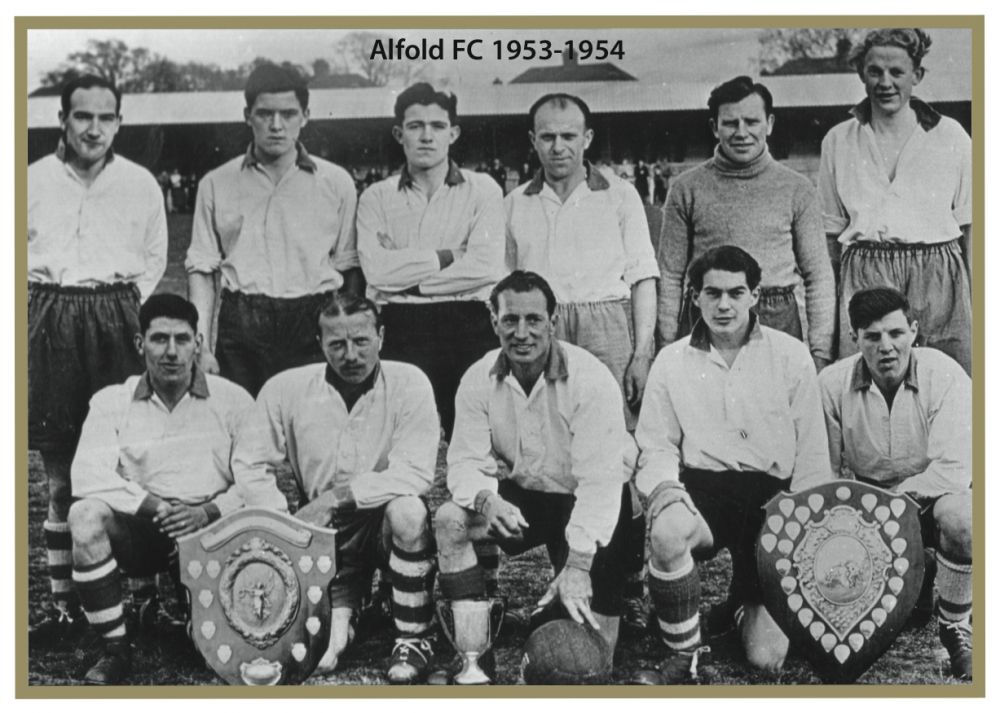 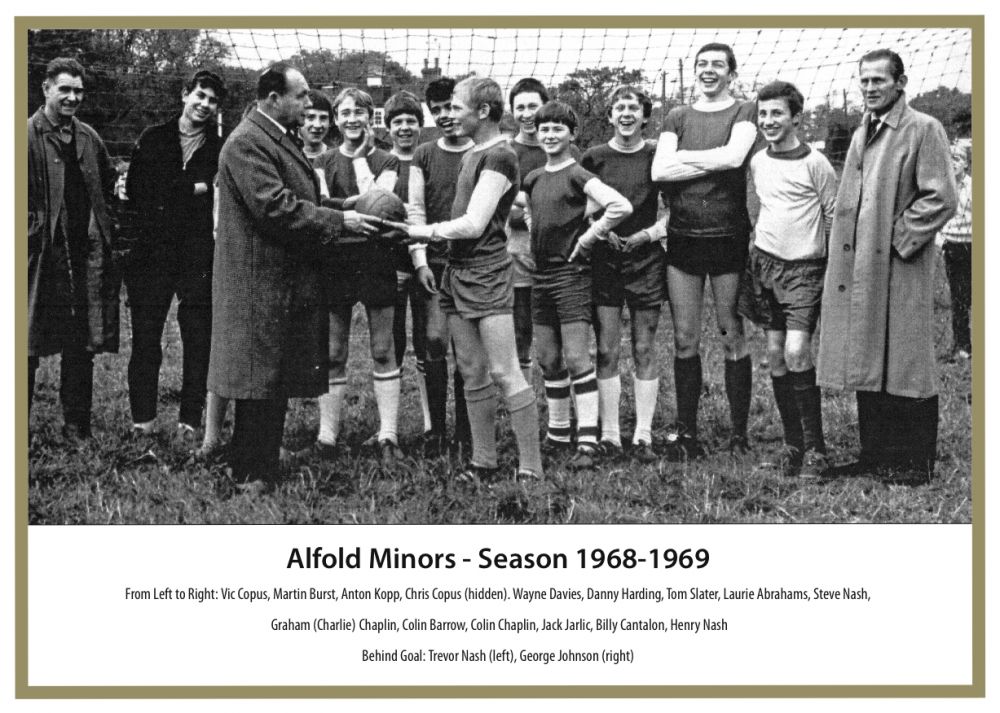