The two clubs have agreed an exciting new partnership that will see the them working together to attract talented players to these two progressive & ambitious clubs.

The two clubs have today agreed an exciting new partnership which will see the two clubs working together to ensure they can offer players the opportunity to develop and flourish in this ambitious and progressive new set up.

Alfold FC have been on an upward curve following recent promotions and extensive ground improvements, they knew a Youth structure would secure the clubs future and ensure sustainability at this level and ultimately produce players over the next 5 years that will aid in a push for Isthmian football at the club.

Galaxy FC have stood out as one of the South East’s premier youth set ups over recent years, with a proven record of developing players of all abilities, the clubs Elite players will now be able to see a pathway into Senior football at Alfold as part of this partnership.

Mark Wright Alfold FC Head of Youth Development stated “with my connections at Galaxy I was always keen to bring the two clubs together, Galaxy have some fantastic young players and coaches that need a pathway beyond what Galaxy can currently offer, now the partnership is in place coaches, players and parents will see there is a real pathway for players of all abilities into senior football, this is an exciting time for both clubs which I am sure will prove successful for both clubs” 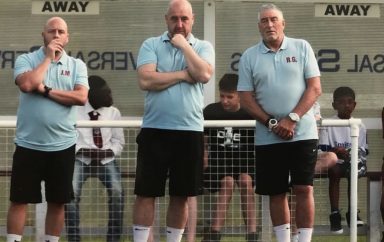