It is with great pleasure that the club can announce the appointment of Mark Wright as the Head of Youth Development.

This is a new role that has been discussed and built over the past 13 months between both the club and Mark and will include overseeing all youth players at the club.

Mark has been working hard on bringing in young players to join the club in this exciting new project, including players for four brand new sides (two under 16’s, one under 18’s and an under 23’s)

Wright brings with him a huge amount of experience ranging from his very successful club Galaxy FC which he set up and now consists of over 30 sides as well as his Academy Scout role for Premier League giants Chelsea FC.

“Having met with the club it was very clear how ambitious and driven they have been climbing through the leagues, their honesty and enthusiasm was a massive draw”
Mark Wright

Commenting on his new role with Alfold, Mark was extremely excited: “Having taken time to talk to many clubs over the last few months it became apparent that Alfold FC are progressive and would be the perfect club for what myself and the group of coaches are looking to achieve”.

“Having met with the club it was very clear how ambitious and driven they have been climbing through the leagues, their honesty and enthusiasm was a massive draw along with a completely blank canvas in regards to structuring the youth set up, we have a strong belief in how best to develop young players and at Alfold FC we will not need to compromise on these methods”

“The group of coaches and players I have started putting together that are committed to this project and truly believe in the young talent in Sussex and the surrounding areas. We are determined to work with and develop these players so they can fulfil their potential and not have their pathway blocked by a lack of belief in them”.

“I believe Worthing FC are the stand out club in Sussex at showing belief in young players – if they are good enough they are old enough. Lancing also did this last season in the SCFL with great success”

“We will not be looking to mimic any other club but build on the strong ethos and philosophy the coaches at the club share, that young players full of potential must be encouraged to thrive in an environment where they feel valued and trusted”. “We cannot wait to get back out on the pitch now, there are lots of exciting things happening that will all be released in due course, including our trial day where any player from under-15’s and above will be welcome to come along. Anyone wanting further information can contact myself”.

Part of the club’s plans that were set out in 2017, building a youth setup was always an important target for everyone involved.

“I would say even after back-to-back promotions and all the ground works, this would be the most important progression out of them all. I am delighted we’ve now got a youth set up in place”.
Wayne Mouring, Club Secretary

Club Secretary Wayne Mouring mentioned “Alfold have previously only had a reserve side feeding the first team and have never had a youth system, it’s now vital with the club being positioned in senior level football that we have the infrastructure to progress young players into eventual first team representatives.”

“This will give our first team management support in their long term target they’ve had since joining in Division Two, which is Isthmian League football for Alfold.”

“I would say even after back-to-back promotions and all the ground works, this would be the most important progression out of them all. I am delighted we’ve now got a youth set up in place”.

During this lockdown period there have been many changes to improve and help progress this football club. More news will follow so keep an eye out on our new website 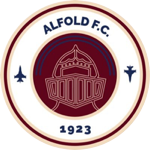 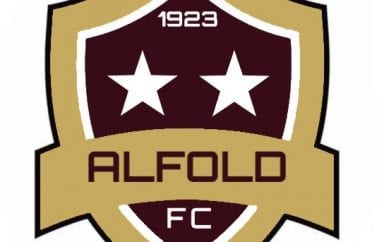